skip to main | skip to sidebar

A blog for those walking away from a life of sex work and for
the families of those not fortunate enough to walk away. 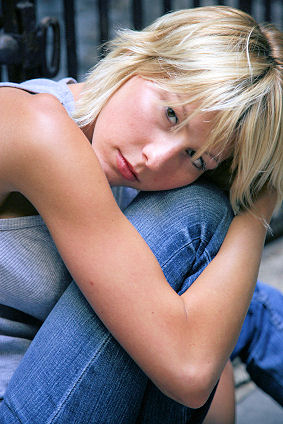 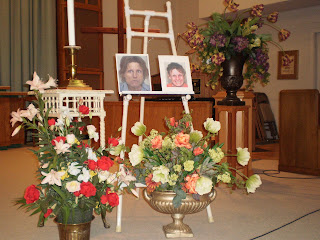 Saturday, about 100 people filled the pews of Encanto Community Church to memorialize Marcia Powell, who died in an inmate cage in the Arizona sun. In life, no one claimed her, but in death, perhaps she finally has peace.

Community activists spoke about social justice, including noted trial attorney Joy Bertrand, who outlined Marcia's arrest record, noting she was a mentally ill public nuisance, not someone who deserved prison. "Enough throwing away people because they exasperate us!" she told the crowd.

Criminal justice activist Jeremy Jameson spoke of the Lakota Souix, whose greeting "Ya-teh-hey" means "I acknowlege you." Perhaps no one was left alive who valued Marcia, but she was someone's daughter, someone's sister perhaps, someone's friend. Marcia's memorial service gathered one hundred people, taking time out of their lives, to say, "Marcia, we acknowlege you. Ya-ta-hey."
Posted by An anonymous gal in the southwest at 5:00 PM

An anonymous gal in the southwest
Southwest, United States
This blog is a support center for the families of sex workers, who face a difficult path with little support. Saying, "My son/daughter is a stripper/prostitute/sex worker/porn star" is often met with disbelief and awkward silence. We provide links to information that shed light on the abysmal conditions sex workers face in this and other countries, conditions that often result in their rape, torture or murder. This blog takes no political stance on whether prostitution (for those over 18) should be legalized or decriminalized. We are not affiliated with any of the organizations that appear in our links. They are simply resources. This blog will provide resources and support for those who want to exit the sex industry. We offer the stories of women who have successfully left the sex industry to show that recovery from this life is possible and available. We also hope to support the families and friends of sex workers as they grieve and begin to understand the many difficulties their loved ones face as sex workers. Hopefully they can support their loved ones as they attempt to exit the sex industry.